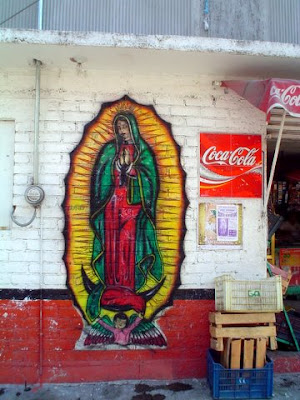 The history of Mexico is replete with legends and art. The mix of two cultures that came together in this part of the world arrived like an explosion. On one hand there were the original Mexican cultures that extend many centuries into the past, with knowledge about the movements of the earth and the planets and all of the related ceremonial rituals regarding the sky, the sun, the rain, and devotion to all of nature, and on the other hand there was the subsequent imposition of European middle age beliefs brought by the Spaniards from another part of the world. The combination made for a kaleidoscope of ideas. 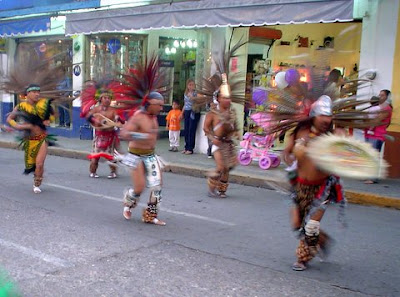 The Franciscan friars arrived in New Spain just a few years after the conquest. It just so happened that one year before the fall of the great city of Tenochtitlan in 1521 a baby was born who at a very tender age suffered from the devastation brought on by the invaders. The small child was named Acualmetzli. His father died during the last battle between the Aztecs and the soldiers of Hernán Cortes. A few months later his mother died from the torture that she received from refusing to accept the idea of losing her civilization. Because she confronted the conquistadors she received a wound which became infected and she died. Acuametzli became an orphan. At that point a man named Hernando de Alarcón, one of the captains in Cortes’s army, decided to adopt him. 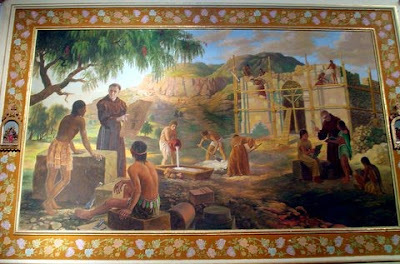 Little Acualmetzli became Ignacio de Alarcón y Roquetilla. As a criollo (Creole) he received the best education at the first school that the Spaniards established in New Spain, the Colegio de la Santa Cruz de Tlatelolco. He learned Spanish, Latin, Nahuatl, Otomi, and all commonly accepted sciences of that era. Of course, he also received a thorough education in Catholicism. At the age of sixteen he was prepared to go to Spain to get a university degree. For the application he had to write a full autobiography and after searching for information on his heritage he learned the fate of both of his parents. As a result he developed a deep hatred for the Spaniards. He ran away from the Colegio and took with him a sculpture of Jesus Christ. He fled to the Chichimeca people who did not accept defeat by the Conquistadors and who fought for many years for their freedom. For six years Acualmetzli fought against the Spaniards. Finally, he died at Xilotepec, leaving the sculpture of Santo Cristo de los Agonizantes as the most precious inheritance for his companions. 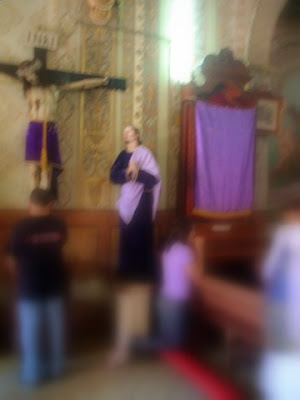 Local people at Xilotepec had begun a devotion to the Cristo de los Agonizantes but since it was their inheritance from Acualmeztli his companions took advantage of the darkness of night and ran away with the Christ, bypassing all of the small towns which existed at the time. It was the year 1560. The people of Xilotepec decided to follow them to recover this precious image and after a few days the companions of Acualmeztli were all tired and hungry and found themselves in the middle of the dry highlands near the village of Dañú (nowadays Nopala, State of Hidalgo). Then something happened that caused them to believe that a miracle had occurred. The precious image of Christ turned black in the middle of the night to avoid being captured by the Xilotepecanos who wanted to recapture the Christ. As part of the legend it sounds magnificent but what really happened is that the sculpture was covered with an oil that comes from a type of mesquite tree known as a Pirul or “Palo de Pirú”. This oil is sometimes used by people to prevent termites. 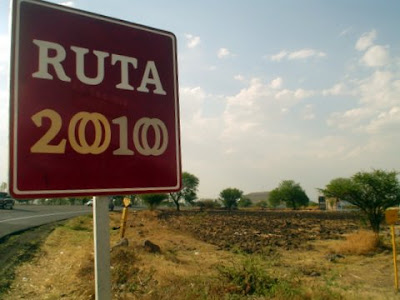 The travel to avoid capture continued to an area known as El Bajío where the flat land is turned into wetlands during the rainy season. There the companions of Acuameztli while on a road called El Camino Real de Tierra Adentro met a Spaniard who was the owner of La Estancia de Barahona, Balthazar Lopez Ledesma. He offered them his protection en route to La Estancia de Barahona, a predecessor of the Villa de Salamanca. Señor Lopez Ledesma decided to guard the image there and protect the companions of Acualmeztli by turning away the Xilotepecanos with a plan that consisted of getting them drunk on pulque, the liquor made from the maguey plant, and then giving them a fake sculpture of the Christ in white. The ruse worked and they went back to Xilotepec with the copy thinking that it was the original. At Estancia de Barahona remained the real sculpture, black as the darkest night. 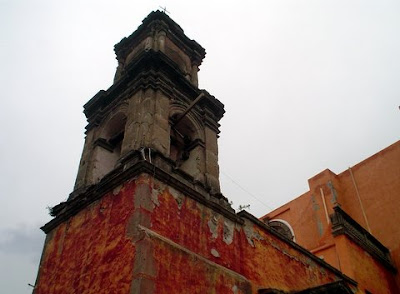 The Templo de la Asunción which was the only church available at that time was the place where el Cristo de los Agonizantes was deposited, so the veneration of the Cristo started in the ancient Estancia de Barahona, known now as Salamanca, Guanajuato. The story, however, does not end there. It was the night of Holy Thursday, 1560, when the bell started calling all Christians to church. Everyone was startled because having a bell ring without previous notice wasn’t good news. All of the people ran to the church to see a most incredible thing. The bell was tolling for a death mass and when they entered the church they saw a real miracle. The Black Christ sculpture had hung its head in the position of death making a signal that its journey was ended and that it would stay always in Salamanca. 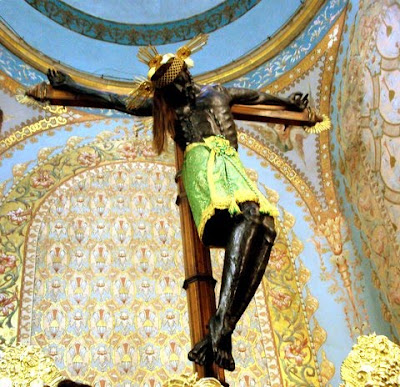 Since that time, 450 years ago, the Black Christ became a most precious Catholic image which the town of Salamanca keeps as their jewel; know known as El Señor del Hospital.


I would like to thank Mr. Bob Mrotek for his valuable help in translate this post in English.
Publicado por Benjamín Arredondo en 20:09